A day of hiking from Oropa to Biella, among marvellous landscapes and local delicacies

From the sanctuary to Biella, 17 km of downhill hike descending into the Oropa Valley among old tramways, the Burcina park and the tast of local products

This one day trip starts in Biella, where we will hop into a bus to get to the Oropa sanctuary and from there we will depart for an exciting hike of 17 kilometers through the Oropa Valley.

Descending we will meet the San Bartolomeo pasture area, and we will continue on the “Madonna nera” path until the Cascina La Noce, where we will taste some local delicacies and we will gather our strength to continue our trip.

We will then pass through the fascinating tunnel of the old tramway in Favaro, we will cross the Burcina Park to then get to the historical area of Biella, the “Piazzo”, an old village that will be the end of our journey.

Length of the tour: 17 kilometers from Biella to Oropa 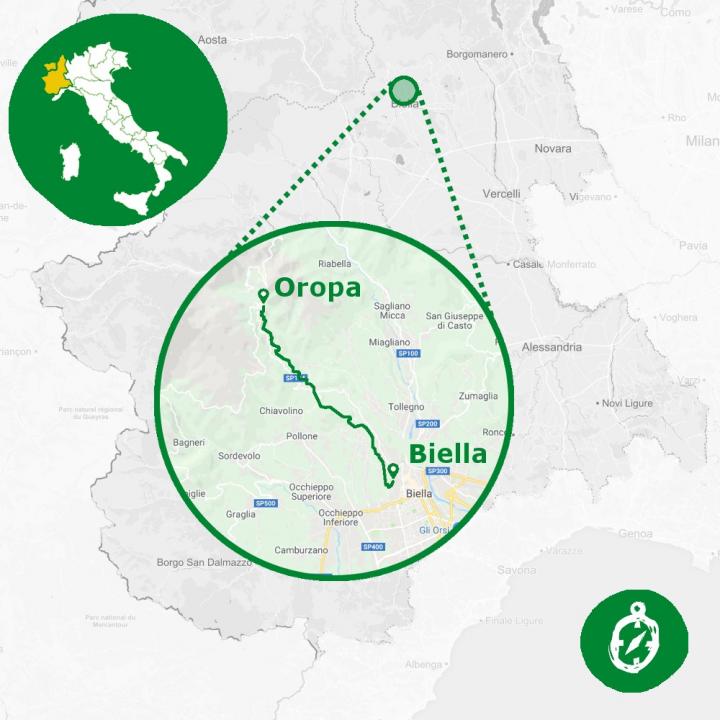 Relatively short itineraries on paths and dirt roads, with some climbs to be faced without hurry and at the right pace! Ideal for new hikers and for those who want to take up easy hiking again.

Who will be our guide? 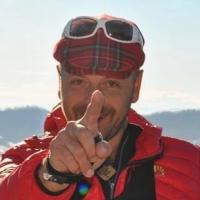 Keen sportsman since childhood, skilled Caribbean dances dancer, electrician in a former life, Marco “il Macchie” is a Nordic Walking Instructor, hiking guide and Environmental Excursion Guide. Deeply in love with the mountains, and committed to show the beauty of this world to the people around him, he will conquer you with his simplicity, and a touch of madness.

This tour is made of one day of hiking of Easy Level (Tourist): relatively short itineraries, on wide paths and flat dirt roads or with slight slopes; lasting 3-4 hours of walking and with a positive vertical gain of maximum 450-550 meters.

In this case, there is basically no altitude gain, because from Oropa we will descend towards Biella. Therefore this is an itinerary that can be done by anyone, keeping in mind that we will be walking 17 kilometers.

This tour starts from Biella, from Piazza Martiri della Libertà, at 8.30 AM

- 9 AM the Bus leaves to get to Oropa

- 16:30 PM Arrival at Piazza Martiri della Libertà and end of the tour

The price, of 79 euros per person, includes:

- Bus ticket to the Oropa Sanctuary

- 1 day of trails accompanied by an Environmental Hiking Guide

Upon booking, a registration fee and a deposit of 25% of the total amount is required. Full payment is due 30 days prior to departure. For reservations made within 30 days of departure, full payment is due upon booking. Lack of payment of the abovementioned sums on the dates established constitutes grounds for cancellation of reservations such as to determine, on the part of Giroola Srl, the right to terminate the contract.

If you are booking over a month in advance, only a deposit of 25% is necessary.

Donatella P.
5
We had a nice experience! It was a beautiful day! Perfect organization. The unexceptionable guides always attentive, available and very nice !! To repeat!! (automatic translation by Google)
Hiking tours > A day of hiking from Oropa to Biella, among marvellous landscapes and local delicacies