The right MTB at the right time 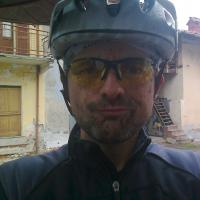 He can disassemble and reassemble a mtb, keeping his eyes closed, blindfolded and in a dark room

When you start looking at the fantastic mountain bike world, the first hard thing is to choose the "right" bicycle, a quite difficult choice given the incredible offer available today in terms of different types and price ranges.

It's a common situation and the feeling of initial disorientation is unavoidable.

I've also gone through this, and learning from my mistakes I hope to help you make more informed choices.

I discovered mountain biking at a particular time in my life: 30 years (maybe a little more), a few pounds to lose (maybe a little more ...), a baby coming, an integralist motorcyclist's past considering cyclists as a kind of self-moving rear-reflectors with a strong - and inexplicable - propension to masochism.

My idea was to pedal a bit to lose a few pounds ... nothing extreme, some strolling ... and here comes the first inevitable passage:

The exhumation of the old bike from the garage

This is a "no-choice choice", because it's the first thing that comes to mind, but I would advise against this choice anyway, first because we will hardly be able to deal with real off-road with one of those old bikes (and this could put us in danger too), and secondly, because it will probably force us to spend a lot of money to do maintenance on it, which will end up being not really worthy.

I know, there's always a friend ready to tell you how fast he was with that kind of old, no-suspension mtb, but you have to consider that his memory probably has only retained the best parts of that experience, (a bit like thinking about past relationships...) and that when we were younger, we had skills that have been "lost in time, like tears in the rain"...

Obviously, I've been through all this and I was amazed to remember my '91 bicycle being much better than it really was; the "revival experience" lasted about six months in which I had to replace the chain, brakes, saddle, handlebar... when a bad fall stopped me while I was planning to fit a modern damped fork to the prehistoric frame. It sounded like a very good idea ...even if my mechanic looked at me compassionately when I talked to him about my projects.

Many stop here, but if you are reading this article, you may have gone past the first phase of indecision or you are determined enough to skip directly to the second step:

Nowadays the market offers a wide range of mountain bike types, but to keep it simple we will start with the two big categories:

Frequently the first mtb belongs to the first category essentially because Hardtail MTBs have a number of undeniable advantages:

The price, in fact, is a key factor for those who are at their first experience, and can not really predict how and how much they'll use their mtb after purchasing it.

Spending too little can lead to the purchase of a low-quality bike that can easily dampen our passion.

Therefore we suggest you to:

In any case, about the size, let yourself be advised by an experienced and serious seller, who will most likely not sell you a too cheap bike; he will also be able to help you in the delicate initial setup phase (driving position), which is very important for those who start cycling, in order to avoid inflammation and other pain due to the (always strong) initial effort.

Warning! Choosing a hardtail is not obligatory, and if you can afford it, a full-suspended will offer you more comfort and security... Full-suspended is a really recommend choice for those who suffer from back pain or similar issues.

Pedals, there are no technical reasons for not starting using clipless pedals, although almost no one makes this choice for the obvious (unjustified) fear of not being able to get away when needed.
For those who have chosen the flat platform pedals, I would suggest to avoid initially the most expensive ones in favor of plastic models that do not have metal pins protruding from the surface to improve the tightness of the shoes on it. This is because in some cases the constraint created by those pins can be so strong in the angular direction (even more than the clips pedals) to lead to pedaling incorrectly causing inflammation to the knees.

I will finish up with a non-technical recommendation, but no less important: your first MTB must be at least as beautiful as to make you want to use it as much as possible!! Don't be too rational, passion never Is! 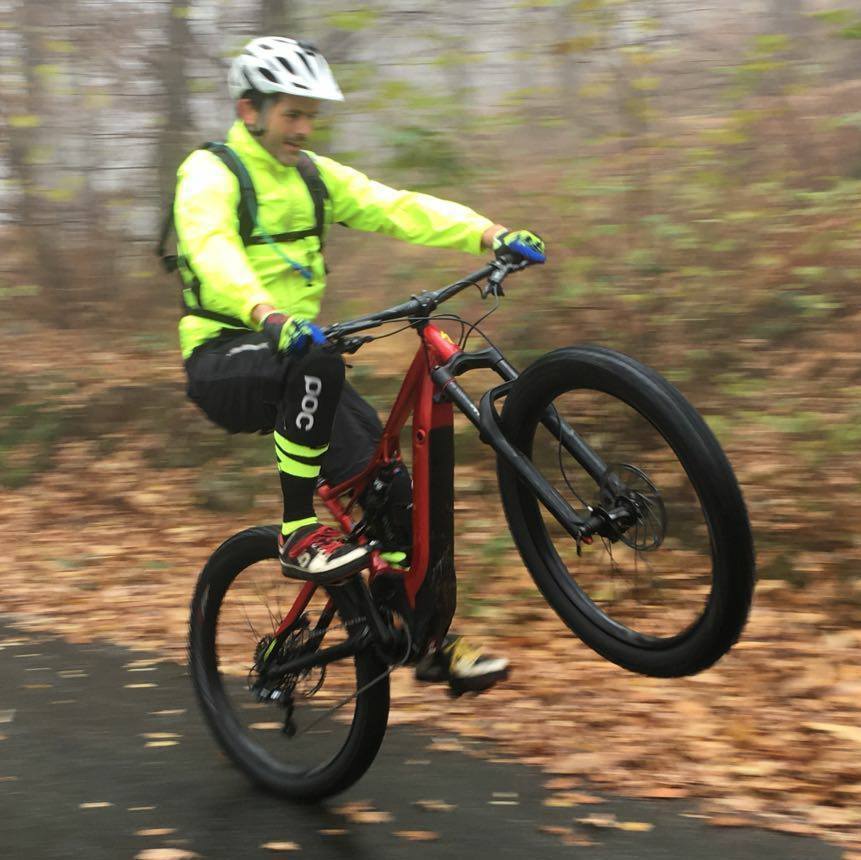 If, after having found the right bike, you want to try it on a tour, here's our ideas:

The 5 proofs that we are a real agency even if we only sell online (and our headquarters is in a farmhouse)
Why our tours do not have a minimum number of participants
Ivrea: a tale of ambitious dreams, of the first personal computer in the world and of a comic strip drawn almost 500 years ago
How to visit the best of Piedmont, Lonely Planet's top region for 2019
Which type of clothing should you choose for a hike? 4 helpful tips
5 reasons to go on a motorcycle trip with a guide
5 day trips from Turin, Italy that you shouldn't miss
A biker's backpack
Music you absolutely need to listen to before your trip to Piemonte
How to solve a Rubik's cube riding your bike